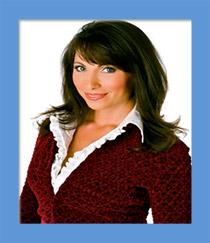 Ms. Valetutto’s professional career in sports and entertainment began in Kansas City as a Professional Cheerleader for the Chiefs while still in college, then moving to Florida becoming the Manager of The Roar of the Jaguars. Her passion and ambition for the industry began in Texas. Robin grew up in Dallas in a highly competitive, athletic environment…she was a soccer player and a top ranked gymnast in the state of Texas and graduated with honors from Richardson High School;; she attended Southern Methodist University studying Business in her Freshman year and later transferred and graduated from the University of Kansas with a degree in Political Science / concentration in Communications & Dance.

Robin worked in professional sports for just over thirteen consecutive years with the NFL in entertainment, special events & marketing, with great emphasis on building community & multi-­media relations nationally and internationally for the Jacksonville Jaguars and the NFL brand through partnerships with NFL Europe, USO and Armed Forces Entertainment. Ms. Valetutto joined the ranks of special entertainers choreographing and directing variety entertainment shows bringing moral to our US armed forces overseas – Middle East, Europe, and the Caribbean for five years.

While with the NFL, Robin spent nine years with the Jacksonville Jaguars franchise building THE ROAR cheerleading program from the department’s inception in 1995, with great focus on sponsorship partnerships, coordinating game day entertainment and creating unique, youth leadership & development initiatives and events working with thousands of children and teens nationally. She transitioned from the NFL to building a career in broadcasting as a sports talk radio personality with Sporting News Radio, then Sports Director & Radio Stations Manager for Chesapeake-­Portsmouth Broadcasting Corp. and River Educational Media (WBOB & WAYL) managing a multi-­million dollar budget, working closely with clients developing their multi-­media advertising campaigns from start to finish;; and managing successful special events, sales & marketing departments. Robin has become a well-­known name brand in sports hosting “Inside The Game” Sports Talk Radio Show since 2004.

Ms. Valetutto enjoys serving as a national speaker on topics of motivation, teamwork, women in sports, and marketing for success. She has also been working with professional athletes since 1995 coordinating youth sports camps, fundraising events and creating publicity for their ventures and causes through multi-­media marketing and social networking. Robin is dedicated to various community and charitable organizations;; she teamed up with the NFL Retired Players Association, Jacksonville Chapter and pioneered an annual event – “Chalk Talk with the Pros for Women-­Football 101″ raising thousands of dollars each year for its Student Athlete Scholarship Fund. In Dallas 2010 Robin coordinated and hosted the first “Bowl for Literacy” charity bowl for the Black Stallion Literacy Foundation. She also coordinated and co-­hosted “XLV Party with the Pros” during Super Bowl week benefiting former Cowboys Pro Bowl Center, Andre Gurode’s Foundation -­ Center of Attention. Robin spent six years on the Board of Directors for N. FL Children’s Home Society and continues to lend her support. She also lends her support and time to advocating for Veterans needs and support organizations;; involvement with various domestic violence shelters, the NFL Alumni, Salvation Army-­Dallas, Margarita Society-­Children’s Charities, Children’s & Women’s Cancer Awareness, The Big Texas Toy Run, and The Guns and Hoses Foundation of North Texas. 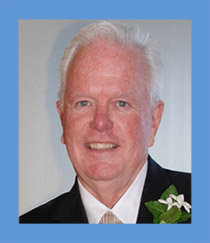 Awarded CSA of the Year 2015, Jim Blythe is a Dallas-area native and third generation Navy Veteran. He served three tours in Vietnam on aircraft carriers from 1967 to the end of 1970.

He served with Attack Squadron 163 on the Oriskany and the Hancock (Senator John McCain’s squadron). While on board the ships, Jim volunteered as a disc jockey on Armed Forces radio. He was an AZ in maintenance administration and helped out whenever he could on the flight deck, primarily loading ordinance.

Jim’s professional career began in college at the University of Texas working in real estate. His career took him from consulting to brokering to commercial development and property management. In 1994 Jim left the development business to work in residential and commercial lending and to co-host radio talk shows on four major stations in Dallas and Houston. Jim loved helping Vets with VA home loans. In 2004 he further specialized in elder care lending with financial counseling and reverse mortgage loans. He is also a certified real estate teacher. Jim has been a real estate broker, licensed mortgage banker, and developer/builder and property manager.

As a Certified Senior Advisor since 2008, Jim organized the first local CSA chapter in the nation in Dallas. Jim has served on numerous boards in the arts, education, and now several Veterans’ boards. He has authored two books, Planning To Change – a guide for goal setting and planning, and Challenges of Change – Adventures in Victorious Senior Living, stories that help us all see how to plan for the future and what we might need to do differently. He is dedicated to helping seniors of his “Baby Boomer” generation and Veterans with financial counseling and mortgage solutions with Homebridge Financial Services (NMLS ID: 311548). 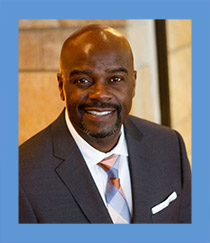 Ron lived and attended schools in Akron, Ohio. His desire to serve in the military stemmed from admiring the success of his uncle: Bernie Hudson (deceased), a Vietnam Veteran. In honor of his uncle, Ron took on the challenge and is now; US Army retired, after 21 years of honorable service with; over 9 years in Air Defense Artillery and over 11 years as a US Army Recruiting, Office Manager. He holds a Master’s Degree in Procurement & Acquisitions Management from Webster University and a BS Degree in Management from Park University.

Ron Abrams now serves as the Regional Outreach Coordinator for the Texas Veterans Commission (TVC). He represents TVC throughout the North Texas Region and manages its social media, conducts workshops for Veterans with significant barriers to employment; providing information on labor market information, navigating the USAJOBS.GOV and Workintexas.com websites, interview techniques, business dress and proper networking techniques. He continues to counsel and encourage Veterans throughout their transition/reemployment process and provides key benefit information on entrepreneurship, education and fund for veteran’s assistance.

Ron is also the Show Host for the Alliance for the Brave Radio Show for over a year now; “alliance4thebrave.com”, Radio 620am; each Wednesday night at 6pm (CST). The hour long, Alliance for the Brave Radio Program allows a speaking platform for his role as Regional Outreach Coordinator and to represent the Texas Veterans Commission(TVC). Ron interviews community partners, service providers and local government entities such as: The Recovery Resource Council, Heroes on the Water Heroes Heal Heroes(H3) The City of Dallas, Service King, State Farm, Goodwill Industries-FT Worth; Family Endeavors, The VA Vet Center and many more. He welcomes all who would like to be of help to veterans, throughout the Dallas/FT Worth Motorplex. 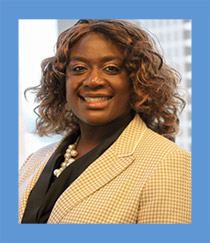 Atoya Mason is a 22-year retired Army Veteran, Veteran Advocate and Founder of the STAND 4 Veterans & Families Foundation. Her trailblazing military service and duty stations have allowed her to travel all over the world. Her duty stations include multiple overseas assignments to places such as Korea and many different places in the U.S. ranging from Oklahoma to Tacoma, Washington. Atoya has forged a consistent path that has helped many Veterans, families, and community partners across the state in multiple career roles she has served in since retiring from the military in 2013.

She currently works for the federal government in the Veterans Health Administration as part of the VISN 17 Homeless Program. Mrs. Mason’s Awards include 2014 State of Texas DVOP of the Year for assisting more than 200 Veterans with employment, resources and gaining access to services; in 2015 she won the American Legion Award State of Texas for Large Employer of the Year for her partnership with Service King. In 2018, she was recognized and awarded a Certificate of Partnership for the Regional HUD office in Fort Worth, TX for her efforts to work with local agencies to reduce Veterans homelessness.

Atoya Mason, was born and raised in Akron, Ohio and graduated from John R. Buchtel High School. While serving in the military, she attended Cameron University in Lawton, Oklahoma, where she pursued a bachelors’ degree in Criminal Justice with a minor in Corrections. Mrs. Mason has many other awards, accolades, recognitions and notable mentions but is most proud of her family, which includes her husband (Also a Veteran), four children and two grandchildren, affectionately known as the “Fantastic Four +2”. Atoya Mason continues to give back through continuous community involvement in the Veteran Community and remains very active with many organizations who are interested in launching Veteran Homelessness solutions. She also is the Co-Host on the dynamic weekly radio broadcast show called Alliance 4 the Brave, which broadcasts across 3 states and 4 media market platforms. Atoya’s mission is that “No one wastes their purpose, but gives of themselves until the last ounce of purpose has been poured out in achieving their goals and dreams”. They are proud to call Texas their home; all reside in the Dallas area. 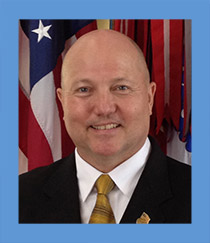 He has published thirteen books and hundreds of magazine articles on historical and leadership subjects. 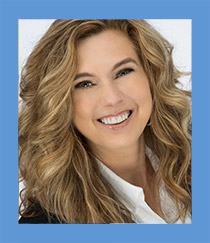 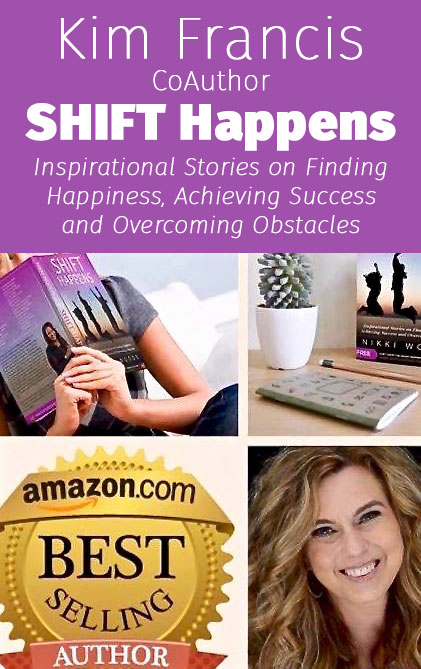 Kim Francis a resident of Dallas, TX was born in Amarillo, Texas on the Air Force base where her dad was stationed. She lived in Akron, Ohio from the age of 2 to 7 and relocated back to Texas with her Mom and brother Joey in 1978. She graduated from the University of North Texas with a BBA in marketing and fulfilled her passion of working within the television and film industry in marketing by joining Cablevision in 1998 for Bravo & The Independent Film Channel managing a territory of over twenty states in the U.S, Puerto Rico & The Caribbean.

Kim has over 18 years experience in television and media marketing, sponsorships, advertising sales and has produced numerous events within the telecommunications, sports and non-profit industries. Most recently, she was the Director Affiliate Marketing for HDNet now AXS TV, HDNet Movies & Magnolia Pictures owned by Mark Cuban before taking a sabbatical in 2014 to be with her beautiful mother Sue Giles who was battling esophageal cancer and sadly passed away in 2015 at the young age of 62.

Since then, Kim started 1911 Media Marketing Group and hosts “The Empower Hour” a weekly radio show for Alliance 4 The Brave on 620AM KEXB in Dallas Texas. She has served since 1999 as a board member and Vice President of Fundraising for the USA Film Festival in Dallas. An avid reader, Kim is obsessed with books and film, enjoys yoga, spending time with her dogs, advocating for the prevention of esophageal cancer, living every day to make her Mom proud and honoring her legacy of serving those in need. Connect with Kim at klfrancis2000@yahoo.com.